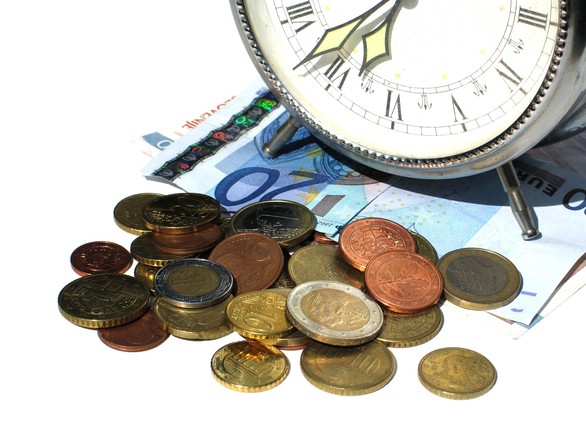 In the Ron Paul Curriculum, there is a course on personal finance. It is taught by Dr. Timothy Terrell, who teaches economics at Wofford College.

In a course that I teach on studying, which I call the Academic Bootcamp Course (ABC), I teach techniques that speed up the students’ ability to master material.

I constantly recommend that they work on their speed reading. I recommend that they use a free online program called Spreeder. If they can learn how to double their reading speed on a day-to-day basis, and also increase their retention, they will become vastly more efficient over a lifetime. But it takes effort to do this. It takes daily practice. Most people will not do this. He who does gains the advantage.

My friend Gary DeMar is a theologian. He also was a championship shot putter in high school. He was fourth in the nation. He is now 65 years old, and he was fourth in the nation this year in national competition for his age group. He does it because he likes to do it. He is in tremendous shape. He can bench press over 250 pounds. But he doesn’t do it for money. He does it for amusement. Not many people ever stay in this kind of shape this long.

Students who are good at sports should be warned early by their parents that, with the exception of perhaps golf or tennis — non-physical contact sports, but business contact sports — the time spent in mastering the sport is not going to pay off over a lifetime. Maybe swimming will, but you don’t need to be a championship swimmer to benefit from swimming. It is just something to keep you in shape.

Playing football, playing baseball, or playing any of the sports that young people get acclaimed for is a waste of time if the athlete is not good enough to do it professionally. Parents should not encourage sports. Parents should sit down with their children and explain the importance of the allocation of time. The payoff on an investment of time at age 15 is going to be like the payoff on an investment of money at age 15. The compounding process can take over, and the result will be a high rate of return.

Most people, at the age of 60, look back on their teenage years, and they lament that they learned neither to manage time or money. They wish they had, but they didn’t, and they can’t get the wasted time back.

I was always a better budgeter of my time in high school than I was with my money. I saved a lot of money, but then I spent it on high fidelity equipment. That was a mistake. I didn’t learn money investment principles early enough. But I did learn time management. That skill has stayed with me all of my life. It continues to pay high dividends for me.